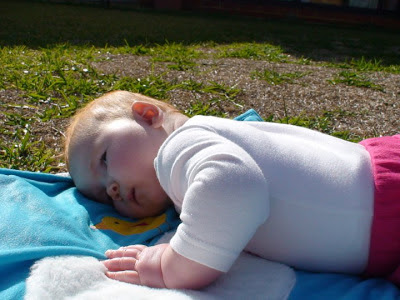 Milla 7 months
This was the start, this was before we knew, yet still I knew something was not quite right
She was not yet crawling, (totally normal developmentally) she was holding her head up and pushing up on her arms and moving around on her belly... and then there were times it was like her head was glued to the ground, she couldn't get up!
I'd try coax her and just as I would start to get worried she snap out of it and start moving around like nothing had happened.
Milla is my first child and at the time I already felt like every health professional I'd seen in the past thought I was an over anxious first time Mother, like many of us do.
So I told myself I was only being overly anxious and not too worry, she's just a baby,
she's just resting.
As a newborn Milla knew how to scream!
I still remember and it still makes my blood boil, one thoughtless midwife telling me days after giving birth to her, my first precious baby
"I'm glad I'm not taking this one home!"
At the time I just burst into tears but since then I've given that midwife what for in my head!
Milla would cry for hours and hours at times no matter what I did. I had no idea what to do. I'd been told she had reflux and colic. I tried numerous colic remedies, dairy free diets, taking her to a chiropractor and massage.
She was difficult to settle, but once settled she would sleep for long periods of time.
As a newborn she always seemed tense with her toes curled and fists clenched.
Right from the start we knew she had sensitivity to light as she'd sneeze as soon as she went into a brighter area- she still does this!
She would overtire and get overstimulated very easily.
In a way it was a blessing that she was my first, ignorance can be bliss, and I survived by believing, this is what all babies are like and of course they all can be at times.

Milla was also very alert and a very fast learner. Right from the start it was like she was really listening to everything and taking it all in, and she was! She said 'mum' first then 'dad' and it wasn't long till she had many, many words in her vocabulary. She was and still is very affectionate, she loved to be with me at all times, loved cuddles and rocking and I loved them equally also. She was so entertaining, fun, beautiful and joyful.
She was the most precious baby girl x 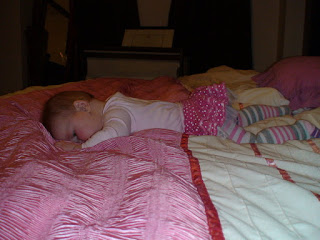 Then one day, just after she turned 8months she was sat in her high chair having lunch and her eyes went funny, they rolled up. It lasted only momentarily. I thought ...        "she's just rolled her eyes at me!" I even put it as my facebook status at the time lol!
But it kept happening, only lasting a few seconds at a time but over and over again. I got really worried and rang my GP. I could only get her in for the next day.
She went down for a nap, when she woke she seemed fine, completely healthy. Once again the 'over anxious mother' 'I'm just being an over anxious mother' 'see, she is fine now' thoughts were going through my mind.
As the day went on and she grew tired I saw the strange eye movements again- her eyes would go up, her head would drop down. Then she'd be fine again.
At dinner time things went pear shaped. Her eyes went up and her head dropped down. It was very abnormal. (We now know that oral stimulation such as eating and brushing teeth were a trigger for her upgaze) We took her straight to the after hours clinic at the local hospital. Here we were told that it appeared to be 'seizure' activity and we were referred to Neurology at Princess Margaret Children's Hospital (PMH), but we were sent home.
The next day things weren't improving, her upgaze was happening a lot of the time. I'd been told that PMH would contact us in regards to her referral and when they could see her. They hadn't called in the morning so I kept the GP appointment I'd made the following day. The GP took one look at her and said take her the Emergency Department at PMH. By this stage she was really unsettled.
Upon arrival at ED PMH we were quickly escorted through and seen to by doctors. Things happened quickly and it's a bit of a blur, as you can imagine it was very emotional and confusing.
Milla had a temperature due to a common childhood virus.
The onset of PTU often coincides with a virus - not caused by or due to a virus.
To this day I can predict when she is about to get sick simply by the increase in her upgaze episodes, which tend to start happening a couple days before the illness appears!
She was admitted.
We were in shock and beyond worried. 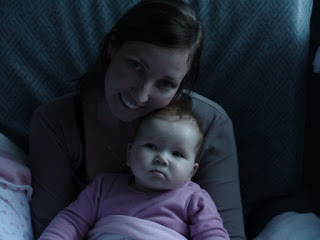 During her stay she endured many tests, was poked and prodded and she was
extremely brave!
She had to have a couple of EEG's to monitor her brainwaves during sleep and awake times.
These results were all clear - important when making a diagnosis of PTU
After 4 days and nights, with all clear results and her episodes decreasing we were allowed home as an outpatient. We were told all her results suggest that this was not seizure activity and epilepsy was unlikely, but at this stage her episodes were 'unexplained'!
In the next month we had to go back for another EEG and follow up appointments. Apart from the daily occurance of upgaze (usually only brief) she was developing and growing beautifully! She was a clever little monkey and oh so cute!
This certainly put our minds at ease.
During this time we didn't know what to think. I trawled the Internet trying to find the answers, any answers, something. I remember coming across some information on PTU and immediately thinking - this is my child! Yet when I viewed the only video I could find on you tube at the time, I thought, this is different, my child's eyes are not in upgaze for hours or days at a time like this child. Milla's upgaze are only brief lasting just seconds but often occur in clusters -alot of them at a time. Mostly they were completely unnoticed by friends and family, but occasionally someone would catch her doing it. PTU is so rare and not much is known about it by many medical professionals.
There is little knowledge about it and why it occurs.
To be honest I dismissed PTU
We also noticed there were definite triggers for her 'episodes'/upgaze, those being 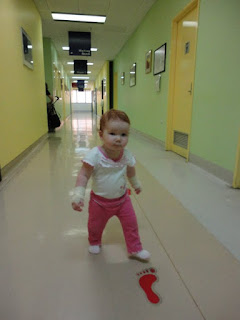 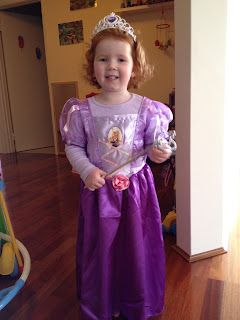 We wanted to share our story in case it may help out another family with questions and no answers just like us.
As it is so rare, there is still so much not understood about the condition,
such as exactly what causes it.
The tests completed to get to a diagnosis are not pleasant but necessary in ruling out everything else.
Treatment theories are still that, theories. Although, there are various things that you can try to reduce the occurance of upgaze,
for us the best course was to avoid her triggers.
In Milla's case no treatment was necessary.
Paroxsymal Tonic Upgaze (PTU) is a benign syndrome of childhood, first reported by Ouvrier and Bilson in 1988.
Read more about PTU here.

If you'd like further support or have any questions for PTU families you can join
the PTU Village on facebook.
Katey and Family
xx 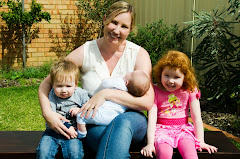